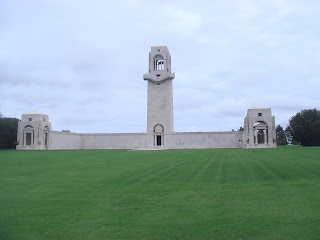 Anzac Day is observed on 25 April each year in remembrance of all Australians and New Zealanders who served and died in all wars, conflicts, and peacekeeping operations and the contribution, and suffering of all those who have served.

It first began to honour the members of the Australian and New Zealand Army Corps (ANZAC) who served in the Gallipoli Campaign, their first engagement in the First World Ward, when, at dawn on 25 April 1915, troops landed on the Gallipoli peninsula in Ottoman Turkey.

To raise funds for the War effort, ANZAC biscuits, often called Soldiers' Biscuits, were sold at fetes, galas and other public events.

They remain a popular snack in Australia, especially on ANZAC Day and are really easy to make – nutritious and delicious.

Why not give them a go? 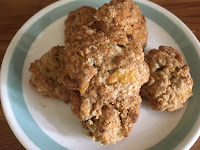 * If you don't have, or don't like, coconut, you can use more oats with crushed cornflakes instead, as long as the amount totals 6oz/170g. 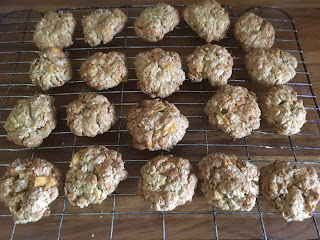 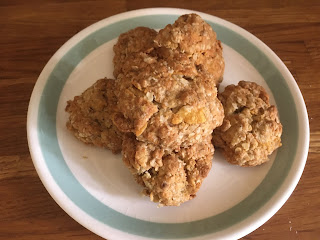 To read a little more about what happened on 25 April 1917 ANZAC Day, pop over to, Battlefields and Beyond.