Stinging Nettles - should we embrace them, or taste them?


The second week in May has been designated Be nice to nettles week and I suppose the first question which jumps up from the nettle-bed is: Why should I?

Stinging nettles, urtica dioica, have been around since, well, probably since The Creation and when they decide to take up residence in our gardens, we don’t like it and want rid of them.  They do like fertile soil and spread themselves around with seeds and under-soil-rhizomes. Because they like rich soil, they spring up in derelict areas long after houses, or even settlements, have been swept away.

And butterflies love them too. 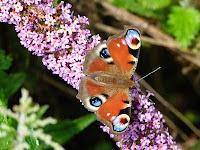 One unusual thing (only one?) is that they have square stems –  an experienced horticulturalist would struggle to breed a plant with square stems. Another unusual fact is that male flowers are formed on different plants from female and their Latin name, Dioica means two-houses. However, another Latin word, Noedi means needle and if you have ever been stung, you’ll know why.


The leaves are in pairs on that square stalk and are covered in hairs. Now, here’s the clever bit. The hairs are hollow and made stiff by silica and hold their poison at the base. When the hair is brushed against, it breaks to reveal a sharp ‘needle’ which pierces the skin and injects the poison. So, what’s in the poison to make it sting? Interestingly, the main ingredient is histamine together with acetylcholine and serotonin, plus a secret ingredient yet to be identified.


When the Fosseway and Watling Street were still under construction and experiencing roadworks (no change there then) the Roman soldiers would brush their arms and legs with nettles to warm themselves up in England’s cold and pleasant land.


Nature is amazing and the best cure for a nettle sting is a dock leaf and wherever nettles grow, there are usually dock leaves nearby as they both like rich soil. Dock-leaf sap contains antihistamine which acts as a soother.

They are also thought to drive away pesky flies, so you could hang some in the kitchen to try it. The Germans, apparently, made army uniforms from cloth which had been made from nettles during the First World War.


If you like cheese, (did you read about the Artisan Cheese Festival earlier?) then the Northumberland Cheese Company make a nettle-flavoured one. And if you are brave enough, you can try Lady Ridley’s Nettle Soup – click here for her recipe.


Why not click on the Nettles website and discover more interesting facts and test your knowledge with their fun quiz? 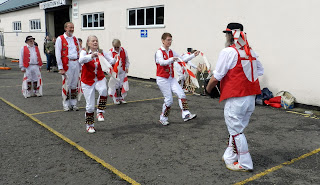 Melton Mowbray in Leicestershire is the rural food capital of England, nationally and internationally renowned for its Stilton Cheese and Pork Pies.  It is also one of the few towns still to have a cattle market each week (on Tuesdays).

In May the Annual Artisan Cheese Festival is held at the Cattle Market and its setting is apposite; cheese from the cows, sheep and goats which are normally at the centre of the buyer's procurement. 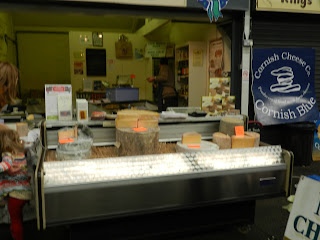 There is so much cheese to taste that it's difficult which to choose to take home, so most will take a variety from cheese-makers who have travelled a distance, like the Cornish Cheese Company, to those from just down the road: the Long Clawson Dairy. 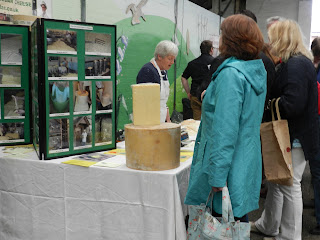 At just £1 to go in, value for money is a no-brainer. As well as the selection of cheese to sample, there is wine, white port - so good - fruit spirits such as Sloe Gin, Raspberry Gin by Sloeberry Spirits, and lots more. There is also a stall selling gluten-free products, mainly bread, and a fantastic chocolate stall. Home-made pies (Brocklehurst) and, of course, Dickinson and Morris were there too.  The sheds welcomed a large crowd who wound their way round to sample the delights and at times it was difficult to squeeze in to pitch your cocktail-stick into a tasty morsel.  There were also talks being given through out the day in two buildings, and these too were packed with an attentive audience.  Roll on the Pie Festival later in the year. 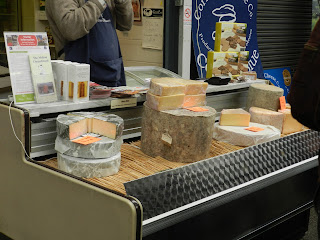 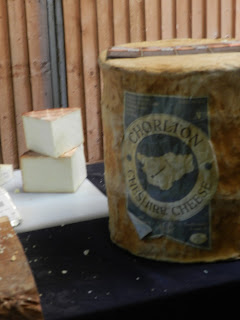 For a Broccoli and Stilton Soup recipe, click here and try here for Stilton Biscuits