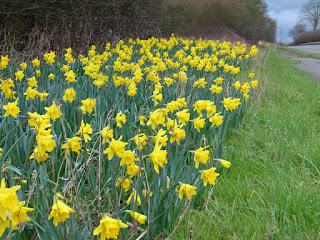 Everyone has a mother, most know the love and friendship they have, or had, with their mother, and some never knew, or know, who theirs is, or was.

In the UK and Ireland, Mothering Sunday is celebrated on the fourth Sunday of Lent meaning that it falls on a different date each year. (It has no connection with the American Mothers' Day, which is celebrated in May.)

Hundreds of years ago it was important for everyone to return to their ‘mother’ church in the middle of Lent, once a year. The church where people would worship on most Sundays was called their ‘daughter’ church. Girls would leave home early, sometimes as young as ten, and go to work as domestic servants. Midway through Lent they were allowed one day’s holiday to return home to their family and to go to their ‘mother’ church. They would take a cake, which they would have baked themselves whilst they were learning to cook. If the cake lasted until Easter then they were considered to be a good cook. They would have had to walk home to visit their families and on the way would pick wild flowers, violets maybe or celandines, and they would take them to the church or give them to their mothers.

There are almost three hundred references to Mother in the Bible.