Why does Easter move when Christmas doesn't? 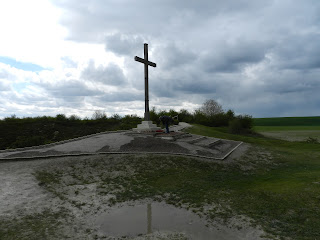 Each year the question arises as to why Easter moves when Christmas is always on the same date - 25th December. They are considered the two most important and influential events in Christianity which are celebrated by eating. Yes, Christians celebrate by eating, plus attending very moving services in their place of worship. There is also often a superfluity of emotion.

Christmas never changes and is set with Advent paving the way to a celebration of the Messiah’s birth.

Candlemas is another Christian celebration which takes place on the same day, 2nd February; this is the last festival in the Christian year which is dated by reference to Christmas and those which follow are with reference to Easter.

One explanation of why it is called Easter is that the name originally came from Ancient Egypt. Astarte is the Phoenician name for Egypt's goddess of fertility. This evolved into Ostara who was an Anglo-Saxon goddess. During the second century, early Christians attempting to convert pagan worshippers called their Christian celebration "Ostara" which later became "Easter."

Easter, however, is a moveable feast – and when you know how, it’s easy to find out when Easter Day will be each year.

Going back to Candlemas, (mid-winter) this is day between the winter solstice in December and the spring (vernal) equinox in March, which is why it is always the same.

Equinox means equal; when the hours between sunrise and sunset are equal. The spring equinox is one of 20th-21st-22nd March.

The next marker is the full moon after the equinox.

If you know when the full moon after the vernal equinox is, the Sunday after that will be Easter Sunday.

So that is why Easter moves.

The earliest Easter can be is 22nd March and the latest, 25th April.


And if you want some traditional, Easter recipes, just click here