Jacqui takes up the story:

Day 4 dawned and this was to be the final leg of our journey.  I only had coffee for breakfast - maybe not a wise move considering we had 50 miles to cover.

The countryside is stunning as we travelled south, passing St. Quentin and Auteuil

The knee was mending,
although it looked as if I had spilt custard on it. 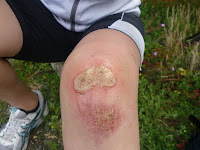 After about an hour the dreaded brick wall had hit me and I felt I couldn't go on. I'd stopped to scoff an energy bar about half-an-hour earlier, but my injury plus a bloody strong wind made me feel awful, I had no energy or enthusiasm.  After stopping and thinking long and hard about what I was doing and why I was doing it I believed that yes, I can do it.  I gave myself a mental telling off and got on with it.  Collette encouraged and spurred me on: "you can do it!" she kept on telling me.  She also ﻿kept singing the Queen song 'I like to ride my bicycle!' again and again and again.  At first I wanted to kill her but eventually I was singing it too!

We approached Vallangoujard Village
where we had our water stop. 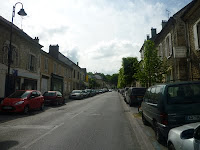 We left Picardie and stopped for lunch beside this::

We arrived at the Bois de Bologne, the Holding Point, before our final stretch took us into Paris itself. 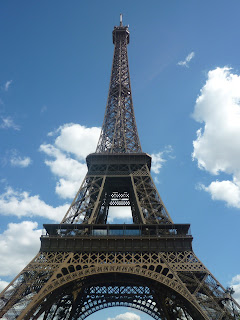 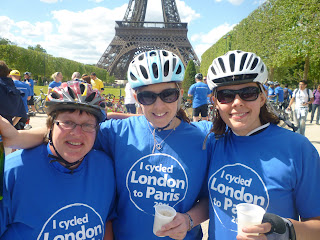 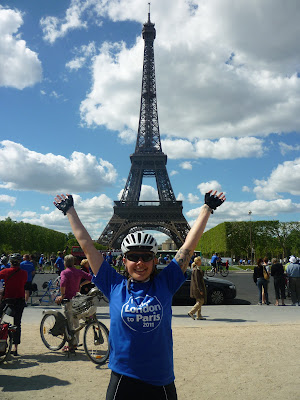